BEATPORT, the world’s largest dance music community and music store for DJs, announced today four exciting new remix contests via BEATPORT PLAY, an innovative platform where DJs and producers can download free stems from original hit tracks, remix them, and compete against each other in multiple contests running in parallel; winning remixes are then released officially by the contest’s host label.  Contests to remix Björk, Todd Terry, Sasse and John Davis & The Monster Orchestra launch today, Tuesday, July 24.  Winners will be announced on September 19.  Information on each follows here:

Björk – “Mutual Core”
Björk has touched nearly every facet of art over the last 20 years, constantly creating new, boundary-pushing works.  Now,“Mutual Core” from her latest album Biophilia is available for you to remix. Create your most inventive remix by August 7 for a chance to be released on One Little Indian, take home a $1000 voucher to Plugin Alliance and win the Sounds/To/Sample Elements Library.
http://play.beatport.com/contests/bjork-mutual-core/

Todd Terry – “Samba”
To those in the know, Todd Terry is a house producer, DJ, and remixer extraordinaire. On top of being one of the most important names in club music over the past 25 years, Terry has made dance hits for everyone from George Michael to Annie Lennox toEverything But The Girl. So suffice it to say that the kid gloves are off when it comes to this month’s Play contest to remixTerry’s “Samba.” Who doesn’t love a challenge of epic proportions? Download the parts to “Samba,” assemble a killer remix, get it uploaded to Play by August 7 and be on your way to following in Todd Terry‘s footsteps.  The winner snags a pair of HDJ-1500 headphones and the Sounds/To/Sample Elements Library, and will have their remix released by InHouse Records.
http://play.beatport.com/contests/todd-terry-samba

Sasse – “Treat Me”
Moodmusic label head and producer/DJ Sasse is all about house music. With his latest album Third Encounter, he delves deeper than ever before, teasing out the strands of house’s DNA and coming forth with a whopper of a Chicago-influenced acid jam in “Treat Me.” Now is the chance for you to do a little scientific reconstruction, too, as Sasse offers up the parts to “Treat Me” for remixing enjoyment. Take top honors in this Play contest to score a Traktor Kontrol F1 controller, theSounds/To/Sample Elements Library, and have the remix released on Moodmusic.
http://play.beatport.com/contests/sasse-treat-me

John Davis & The Monster Orchestra – “Ain’t That Enough”
Disco great John Davis has got a truckload of cred when it comes to writing and composing. His works have been sampled by everyone from EPMD to Run-DMC, and he’s played on hits by everyone from The Stylistics and The Salsoul Orchestra toThe Trammps and Grace Jones. So consider this opportunity to remix his #1 disco classic “Ain’t That Enough” a real treat—and a major chance to carve out a spot in dance music history. Grab the parts to “Ain’t That Enough,” craft your funkiest remix, and upload it to Play by August 7, and you might take home a Traktor Kontrol F1 and the Sounds/To/Sample Elements Library, plus have the rework released by SAM Records.
http://play.beatport.com/contests/john-davis-and-the-monster-orchestra-aint-that-enough

Meanwhile, BEATPORT is proud to announce DJ Reidiculous as the winner of the hub’s Pepsi “Kick In The Mix” Remix Contest. His take on international hit songwriter, producer and DJ Calvin Harris‘ hit “Let’s Go” (featuring Ne-Yo) has racked up over 14,000 plays and received 601 votes to claim the top spot. The contest’s grand prize sees Reidiculous—a 22-year-old DJ and producer from New Jersey—land an opening spot at Calvin Harris‘ official Pepsi show in Ibiza on August 28, 2012. In addition, he’ll get to spend six days and five nights at the Ushuaia resort, receive a pro lesson from DJ Academy at Ushuaia and enjoy a VIP party with Harris as well as the chance to spend time on the beach and the city’s legendary hotspots. Reidiculous’remix proves to be an infectious and incendiary banger that preserves the original’s power, while infusing a personal panache. Follow Reidiculous at: http://dj.beatport.com/reidiculous.

Check out all the current contests at http://play.beatport.com/.

About Beatport:
Founded in 2004, Beatport (www.beatport.com) is headquartered in Denver, CO with offices in San Francisco, CA, Berlin, Germany and Tokyo, Japan. Offering music in premium digital formats, Beatport provides unique music discovery tools created for and by DJs.  It has more than 3,600 licensing deals with suppliers who represent over 20,000 labels. Each week, Beatport’s music collection is refreshed with hundreds of exclusive tracks from the world’s top dance music artists. In its 8-year existence, Beatport has sold more than 90 million downloads.

May 8, 2014 EDM Africa Comments Off on EXCLUSIVE INTERVIEW WITH ART BEATZ!! 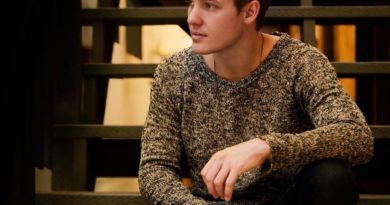