Whether it’s Disclosure, Rudimental or DJ Fresh, it’s Britain’s bass music revolution that has begun to dislodge David Guetta-style EDM from the charts and airwaves. At the vanguard of the next wave of UK bass artists is hotly tipped Bristol duo, Loadstar, whose debut album, ‘Future Perfect’, is released in May on Andy C’s leading independent imprint, Ram Records.

Loadstar’s singles including ‘Link To The Past’, ‘Black & White’, ‘Drowning’, and new single, ‘Refuse To Love’, have seen them become a regular name on Radio 1 playlists, with early and continuing specialist support from Zane Lowe, Annie Mac and Mistajam. A slew of remixes for the likes ofAngel Haze, Charli XCX, Example, Chase & Status and more, have further added to their cache.

Despite such new found prominence, Loadstar have broken through while maintaining an infallible ‘underground’ reputation, and while you’re now as likely to find them on a major festival line-up you’ll still find them at the type of warehouse rave you won’t find listed in a metropolitan newspaper.

This approach runs through this album. Across the 15 tracks on ‘Future Perfect’, Loadstar eschew the pop collaboration route in favour of artists including Scrufizzer ‘Do You Feel Me’, grime star Benny Banks (‘Black & White’); Bristol‘s dubstep MC to watch, Jakes (‘Warrior’); vocalists includingJenn D (‘Losing You’) and rising folk star, Lloyd Yates (‘Distance’). Signifying their immersion within the bass community, Hadouken! appear on ‘BOA’.

Loadstar will be playing live at the following festivals: Glastonbury (WOW stage), Hideout Festival, Kendall Calling, Evolution, and Dour, with more festivals to be announced. Key US festival shows include EDC NYC and EDC Vegas. 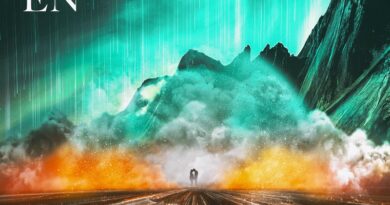