Electronic duo DVBLE TRVBLE impressed everybody with their previous single “In Your Eyes” featuring Jessica Main back in June.

Today the sweeping tide that is DVBLE TRVBLE continues, with this powerfully crafted brand of EDM, and a sizzling new summer masterpiece titled “Trapeze”.

This euphoric jam provides the listener with a spirited electro groove. Blending melodic moments with big room energy, “Trapeze” encompasses a thrilling carnival atmosphere and is yet another sparkling display from this talented duo.

2015 has seen DVBLE TRVBLE set the scene, introducing themselves to EDM fans in quite impeccable fashion. The pair now hopes to build on this early success and further enhance their already glowing reputation, all the while surprising fans with more treats along the way.

“DVBLE TRVBLE ” is made of 2 members, “RL” and “SK” who are also co-founders of “Cakeshop Records”.They spent their youth and educated in Boston, MA and Brooklyn, NY.

“RL “and “SK” are long-time childhood friends, who were building their careers as an in-house producer of recording company for many years, until they started their own label “CAKESHOP RECORDS” and formed themselves an EDM producing duo titled “DVBLE TRVBLE” back in 2013. BAPTISTE SAUNIER EXPLAINS ABOUT HIS STUDIO SET-UP AND MORE!

February 6, 2015 EDM Africa Comments Off on BAPTISTE SAUNIER EXPLAINS ABOUT HIS STUDIO SET-UP AND MORE! 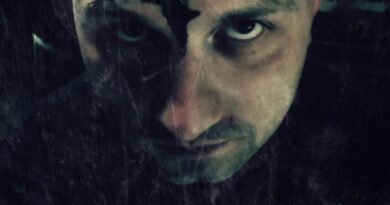 July 14, 2022 EDM Africa Comments Off on EMAZE RELEASES ALBUM THAT IS ESSENTIAL MATERIAL FOR FANS OF TRIPHOP AND DARKER ELECTRONICA