Fabio XB played the set of his life together with thousands of ASOT fans, flying in from all across the globe this performance is definitely one for the books and he’ll never forget. The biggest indoor trance festival, it was the cherry on the cake, the grand finale, many ways to describe his A State Of Trance 600 performance in Den Bosch but the fact is that this show was a highlight in his career and will stay in his hart forever. Fabio, already getting ready for his next gig together with legend Paul van Dyk at MOS.

Fabio XB & Paul van Dyk @ Ministry of Sound, London
Who doesn’t know the famous club Ministry of Sound in London. Known for winning many best club awards and his fight against the mayor of London, who wants to close the club. The career of great DJ’s like Paul Oakenfold and Armin van Buuren has begun here. Now it’s finally time for Fabio XB’s debut in Ministry of Sound. Spinning the decks at the 12th of April before #16 in the DJ Mag top 100, Mister Paul van Dyk!!

Fabio XB @ Trance Gate Milano
Fabio has to fly back to Italy straight after his set in London together with Paul van Dyk, they will hit the decks together again the day after, this time Milano, city of designers and old industries, will be shaking on his grounds by the beats of Fabio XB and PvD. Fabio is not the only one performing for you. Fabio’s good friend Lele Troniq will be warming up the night, So if you want to be at this epic center the 13th of April, then Milano is the place!

New collab with Manuel Le Saux
After playing some gigs together, Fabio XB and Manuel Le Saux (known from the Extrema radio show) decided to team up and make 2 new collabs. The tracks are finished now and waiting for ASOT 600 Den Bosch to be played to the whole world!

New remix with Lele Troniq
What initially started as a track of Fabio XB and Yves De Lacroix has turned into an even bigger electrifying trancer with the sounds of Lange on top. It didn’t reach his max yet, a new remix of it is in the make by Fabio XB & Lele Troniq! Can’t wait for this remix? Fabio will play this exclusive at ASOT 600 in Den Bosch. Electrify: http://www.youtube.com/watch?v=NNguLJeU374

Liuck & XB feat. Fenja –  Prince & Beggar remixes
“”Prince & Beggar” is a collaboration between Luca Facchini aka Liuck young, producer / DJ who is making his way into the EDM scene, and Fabio XB. Fenja is the alter ego of Jaren Cerf, an artist who began her career in Los Angeles in 2007 where she met DJ / producer Matt Cerf, her future husband. In addition to the original track, you will find great remix by Fabio & Lele Troniq.
Official Music Video: http://www.youtube.com/watch?v=X0ZEJFjxhRA

Yves De Lacroix vs Parsley & David Jager – Far Away(Fabio XB Mixes)
A chance meeting at Amnesia and a love of Trance saw Italian producer Yves De Lacroix in the studio with duo Parsley & David Jager. After writing down some ideas and sharing this back and forth they came up with “Far Way”. Not to be content with their own mix they bought in their friend Fabio XB who delivers a unique remix of this beautiful vocal track.

RAM & XB – Symphonik
Dutch Trance producer RAM teams up with Fabio XB to deliver “Symphonik”, a big-room Trance anthem coming in 3 different mixes, including an UK-style uplifting mix by Wach & Araya! It was released on FENology Recordings the 16th of January.

Electronic Dimension Beatport chart
Curious about which tracks Fabio loves the most at the moment?

Here is your solution! 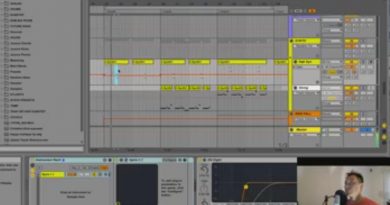 DJ JOUNCE EXPLAINS SIMPLE TECHNIQUES EVERY ELECTRONIC PRODUCER COULD USE

August 10, 2017 EDM Africa Comments Off on DJ JOUNCE EXPLAINS SIMPLE TECHNIQUES EVERY ELECTRONIC PRODUCER COULD USE May 3, 2014 EDM Africa Comments Off on EXCLUSIVE INTERVIEW WITH MK ULTRA!