Seattle Native BASSROCK has been producing electronic music for around 2 years and loves to delve into darker, grittier styles. His energy is unrivalled and his beats are FIERCE. Give a warm welcome to BASSROCK!!

BASSROCK, you are a fresh face in the US dance scene. Could you describe your style for the people who don’t know you yet?

I don’t pretend to be tied down to one style or another, but I do find myself drawn to Big Room House quite often, the style that Firebeatz and Nicky Romero have been coming out with recently. I just love the energy that comes with those basslines. My productions vary all over, however, and I’ve produced tracks within at least 20 different sub genres.

Most times, when people ask me, I sum it up by telling them that I primarily spin Electro House and Trance.

We heard you have some new records coming out. Fill us in!

Yeah, I had the good fortune to meet with Donald Glaude after a show he had up here, around the time I turned 21. He told me to send him some tracks, as he always loves signing new talent. Both he and his manager loved two of the tracks I had sent, and wanted to sign them. It’s funny, I’d had no idea at the time that Eden Recordings was primarily a Funky House label until after I’d signed the contracts. Both tracks I’d sent contained Funky House elements. One is named “1991,” and the other “I’m French, Deal With It.” I’d always wanted to name a track that. Given that it was very French House-ey, it seemed appropriate. They’re named, because I’m French-Norweigan, and I was born in 1991. My newer Big Room House track “Viking” is named for my Norweigan side.

What is your background as a musician? Is it purely EDM, or are you also involved with other styles?

I started doing hip hop and rap productions during my second year of highschool. I guess you could say that’s how I became “popular.” I made decent money at it too. The summer I graduated, my cousin introduced me to Deadmau5 and David Guetta. That really got me into EDM, in fact, my first EDM massive was Beyond Wonderland with David Guetta. That’s how I got involved in the scene.

We have seen you perform multiple times on ITV Live The DJ Sessions. There’s a rumor you are gonna be one of their new residents in the beginning of next year?

Yes! have Darran Bruce to thank for that. He’s always been a wonderful support figure throughout my career. Big shoutout to him. I hear you’re also going to be involved in that. I’m excited to work with you, as well as the other DJ’s involved. It should be a wild ride! Darran’s really putting Seattle on the map by starting the DJ sessions back up, big ups to him.

I may get some backlash for this answer, but I’ll be pretty blunt with it. Seattle’s club scene, while not entirely a joke, needs a revival. Club attendance is fairly low, even for Foundation Nightclub, which stands as the most upscale and impressive one that we have, for the most part. I love what Chad Anderson and Darrius Washington have been doing with that place. The sad fact is, though, Seattle just doesn’t measure up with all the other major cities in the US. It’s because Seattle is replete with hardstyle DJ’s. We’re about a year or more behind in the EDM world. It took us nearly 4 years to bring Nicky Romero out here. He was getting big back in 08 with releases like “Solar.” I’m heavily considering moving to LA in the next two years. Kaskade’s from there, he seems to be doing pretty well. You are one of the most energetic DJs around. Is it nature, Red Bull, or Twix candy bars?

Nature mostly. Although I’m diabetic, and I absolutely crave sugar, so maybe it’s two of those things. I don’t do energy drinks though. I’ve always had a surreal connection with music, and at the end of the day, the crowd will thrive off of your energy, so it’s the DJ’s job to bring it.

Name a legend from EDM whom you have very much respect for and tell us why.

I had an epiphany yesterday, and I’d have to say Firebeatz. Their tracks are so similar to mine, its uncanny. I’ve actually unknowingly designed many synths that sound like theirs, before they had even designed them. It’s almost like we share the same wavelengths. Wolfgang Gartner is another, Such a character that guy. And his synth design is unparalleled. Rarely am I unable to reproduce something I hear EXACTLY. Wolfgang Gartner absolutely blows my mind though.

This is a hard one, because I have so many. I’ll name a couple. Sometimes, I’ll layer a synth three or four times with similar sounds, place them at different octaves, and then hard pan them different directions. This sounds great with chords as well, same with kick layering. If it sounds off, keep them all at the same octave. In mix down, I tend to have around 10 to 20 side chains going, very softly. Helps everything fit together like a puzzle.

Worst thing that ever happened during a gig?

I’m a bad luck magnet, so I could go on and on. I remember the last time I was on the DJ sessions, I had my thumb drives, and I didn’t realize we were using CDJ-1000’s, which only take CD’s. I had to run eight blocks to city target, another six blocks to my friend’s apartment, burn eight CD’s, and run all the way back, with only an hour to do it in. I made it back with thirty seconds until my set. Also, the 1000’s didn’t have cue transfer function, which made it extremely hard to cue in my tracks, but that was one of the better sets I ever had. What would you say is the best restaurant around and what makes them so great?

All restaurants have their ups and downs. The Hard Rock Cafe definitely has some memories. I used to eat there three times a week. I don’t know how, it can get pretty costly. Their bartenders aren’t half bad though. Just a tip, go order the jumbo platter, and get the heavy metal sauce. Best dinner ever. Their honey mustard dipping sauce is on a whole different level.

What do you feel distinguishes a DJ from a producer?

I’ve always had a great analogy for this. Producers are the car factory that makes the Audi’s (I own one, haha). DJ’s are your local carlot selling the Audi’s. But they don’t just sell Audi’s, they sell BMW’s, Mercedes, and other like minded vehicles. Audi has to make them want to sell their cars, that’s one of the ways Audi makes money. Sure, Audi can sell cars on their own at exclusive Audi dealerships, but they won’t come close to selling enough if they can’t get the other dealerships to sell their cars as well. Similarly, producers make their music, but need the DJ’s to help them expose it to the world, just as those DJ’s need the producers to continue making music for them to spin.

What car do you drive?

HAHA!. I drive a 2003 Audi A4 3.0L Quattro. With Bose and Pioneer electronics and sound as only a DJ would.

Name something you don’t love, and why.

Flakiness. If you say you’re going to do something, do it. I sacrifice health, wealth, and time every day to help others, and to keep promises. It’s not that hard, but everyone seems to flake these days.

Besides keep listening to Bassrock and help me grow? Not much. I’d like to give a shoutout to Rozzville Grace, keep doing what you’re doing with our scene as well. Shout out to Wesley Kenter in the Netherlands for spreading my music there, and Cree Wiley, my beloved cousin, I hope I get to see you for Christmas! 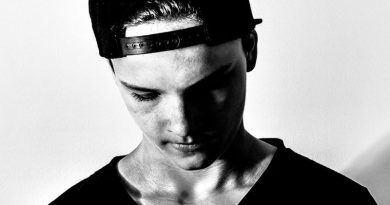 CAIN PRIDMORE: People being unorganized is probably my biggest peeve

March 17, 2016 EDM Africa Comments Off on CAIN PRIDMORE: People being unorganized is probably my biggest peeve 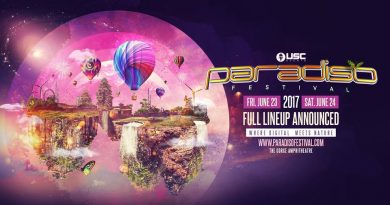