KALM KAOZ, the Komplextro ‘60s and ‘70s inspired DJ Group hailing from Los Angeles, announce the release of their first EP, K-Hole, and four new singles on the MASSIVE DECKS RECORDINGS label. The first of four singles, “GET HAPPY”, uses the vocals of the talented and radiant Ashley Kepler. Each song will be released together with a special music video. “GET HAPPY” will be available exclusively on Beatport September 30th and available worldwide on October 14th.

“GET HAPPY” is also the debut release on MASSIVE DECKS RECORDINGS. Massive Decks is a new dance music label with a driving mandate to support independent artistry. Massive Decks is eliminating the “360” deals prevalent in the music industry, and replacing traditional artist contracts with fair economic partnerships. Massive Decks is a highly strategic label and brand infiltrator – utilizing sophisticated business strategy, as well as traditional label support – to support its artists. Massive Decks, formed in April of 2013, signed both Kalm Kaoz and Motoe Haus, and is continuing to seek out unnoticed mavericks in the dance music industry that are unique, smart, and talented.

Massive Decks, a sister company to Massive Advisors, is the author of the recently released Massive Advisors’ dance music white paper, “Electronic Dance Music (EDM): The Digital Pangaea”, a market study of the global dance Music market and culture. “The Massive White Paper exploded virally and is a piece crafted out adoration for our beloved house music”, says Slinger. Johann Smith of BPM Mag stated in a 2-part cover story of Kalm Kaoz, “Kalm Kaoz seem like the best DJs to offer life advice when it comes to the wild unpredictability of living a double life – in one they make music, in the other they’re bona fide businessmen”. (See more at: http://bpmmag.co.za/featured/interview-kalm-kaoz-pt-1/#sthash.btI3Veaf.dpuf). As part of its plan to bridge rock music festival culture and EDM, Massive Decks engaged legendary rock ‘n roll MTV host and friend, DJ Matt Pinfield, to work on several of the company’s projects. Mr. Pinfield is a critically acclaimed music personality, DJ, A&R executive and television/radio host. He is widely regarded as one of the foremost authorities on rock music today and he is recognized by top artists, DJ’s, industry executives and music fans everywhere as “The Rock and Roll Encyclopedia”.  In addition to his signing and development of gold and platinum selling artists, Mr. Pinfield has received significant recognition for his music industry work. He was recently elected as a governor and ambassador of The Recording Academy, producer of the GRAMMY awards and was also honored by the Rock ‘n Roll Hall of Fame. Matt continues to host MTV’s show 120 Minutes, the Hivcast on MTV Hive as well as a nationally syndicated radio show, Flashback for Cumulus Media.

“Getting involved with Massive Decks and its artist, Kalm Kaoz, has been both a fun and exciting experience”, said Matt Pinfield.  He continued, “Working together, we are building a bridge from today’s robust dance music festival culture and EDM sound to the classic rock ‘n roll music tracks and festivals of the 60s and 70s. The rock music of that era had a message and it created a powerful youth movement that inspired amazing music festivals similar in energy and vibe to current EDM movement.  The creative blending of tracks from the golden era of rock and the evolving EDM sound and culture of today has truly explosive potential.”

Massive Decks and The Pacha Group have partnered to throw the first ever ELECTRIK KOOL-AID Ibiza closing-season party on September 29th. KALM KAOZ will rock Ibiza and debut tracks from their new EP, K-Hole, at Pacha’s world-renowned Ibiza club, LIO. They will perform alongside friends PLASTIK FUNK, known for their countless smashes on Tiger Records Germany, CR2, Hotfingers, Stealth, Housesession, Ministry of Sound and lots more.

ELECTRIK KOOL-AID, “Test 1,” will be MC’d by Massive Decks partner, Mr. Mohamed Moretta, the legendary south beach DJ and producer. PLASTIK FUNK will be spinning its new “Get Down On It” remix track, originally co-written by Mr. Moretta and Kool & the Gang, and smashing out their new hit single “WHO.” 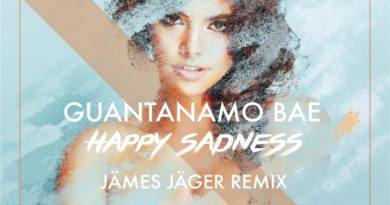 July 2, 2020 EDM Africa Comments Off on Guantanomo Bae – Happy Sadness (James Jager Remix) is a Song For The Summer! INTERVIEW