Only in the game for two years, Leah Nuit Culver aka MK ULTRA from Atlanta already left a firm mark on the EDM scene. Earlier this year she opened Ultra Music Festival Radio with Porter Robinson. And last year she hosted TomorrowWorld TV interviewing all of the biggest artists. Furthermore, she was named in Revolver Magazine’s top ten hottest females in dubstep to look out for. Played Counterpoint Festival, Magnetic Festival, Impulse Festival, and 420 festival and has been a signed published model for Click Agency for years. Now she’s proud to present ‘PICTURES’ – her new smash together with Liz Primo, Beta Control and Tora Woloshin which already tops the Beatport dubstep charts at #15! MK-Ultra: “This track was collaboration between a lot of incredible artists so I can’t speak for everyone but to me this track is about wanting to live in a single moment with a person you love forever. It has always fascinated me how we human beings have created this contraption that holds the power to capture a moment in time and in turn creating a tangible copy to remember to help you relive that moment. This song is about wanting to relive that moment in time forever, living in a picture.”

Her mom and dad raised Leah to believe she could accomplish anything with the right mental attitude. Ever since she could talk, Leah was always singing and making up songs. She taught herself how to play guitar when she was 15 by Google imaging chord charts and then sat for hours practicing them in different orders with each other until she felt comfortable playing them in any order. She used to sit down with her guitar and an open guitar case on the corner of Little Five, a popular square in Atlanta, making up songs and lyrics on the fly for passers by. She actually made decent money for a 16 year old and learned to play drums shortly after.

MK-Ultra: “Growing up was very rock and metal driven learning how to scream with out wrecking my singing voice which ultimately is where I find the most joy. I was working for a promoter in 2011 sending out emails and organizing events. I was very new to this scene but also excited to be involved in it not knowing what would become of these actions. He told me there were no female DJs in Atlanta and at the time this was very close to being 100 percent accurate with only one or two females in the scene who were both much older than me. I sarcastically replied, “You didn’t know I’m a female DJ??” and he didn’t catch my sarcasm immediately booking me for the upcoming Wednesday. At the time he ran the biggest EDM event in Atlanta Wobble Wednesdays. With little to no experience other than sneaking in my brothers room as a child to mess with his equipment I took the offer with out thinking twice and learned how to DJ from my roommate who was a DJ. The process was not hard and I picked it up rather quickly. After I played my first show I became a resident for Wobble Wednesday and soon became a resident for most other Atlanta based Promotional groups playing up to 6 times a week. I later learned how to brand myself properly and not overbook myself to create value. I played many festivals and shows growing enough of a base to keep a steady growth in popularity. I started playing a lot of Iris shows and they quickly became a second family to me in that they have my back so hard and believe in me with everything in them. Iris is currently now the best and most successful EDM event in Atlanta. I’ve always been very lucky to play the biggest shows in Atlanta and everything has stayed very consistent making it easy to continue my growth as an artist. All I ever wanted was to play music, travel as much as possible, meet wonderful people, and experience as much as possible to live a well rounded and exciting life. I never could have imagined 2 years ago that things would be going my way so quickly.” OUT NOW ON BEATPORT! 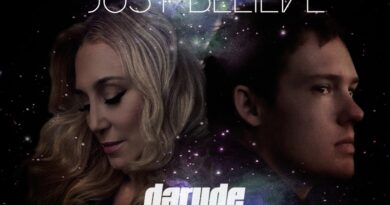 JOE BELLINGHAM: you have to KNOW your tracks.

July 31, 2013 EDM Africa Comments Off on JOE BELLINGHAM: you have to KNOW your tracks.

EDM STILL HAS A BEAUTIFUL, DEEP ALTERNATIVE TO ITSELF

July 15, 2016 EDM Africa Comments Off on EDM STILL HAS A BEAUTIFUL, DEEP ALTERNATIVE TO ITSELF